I wrote a solver for Hitman Go levels. You can use it to:

The code is available in four related projects: 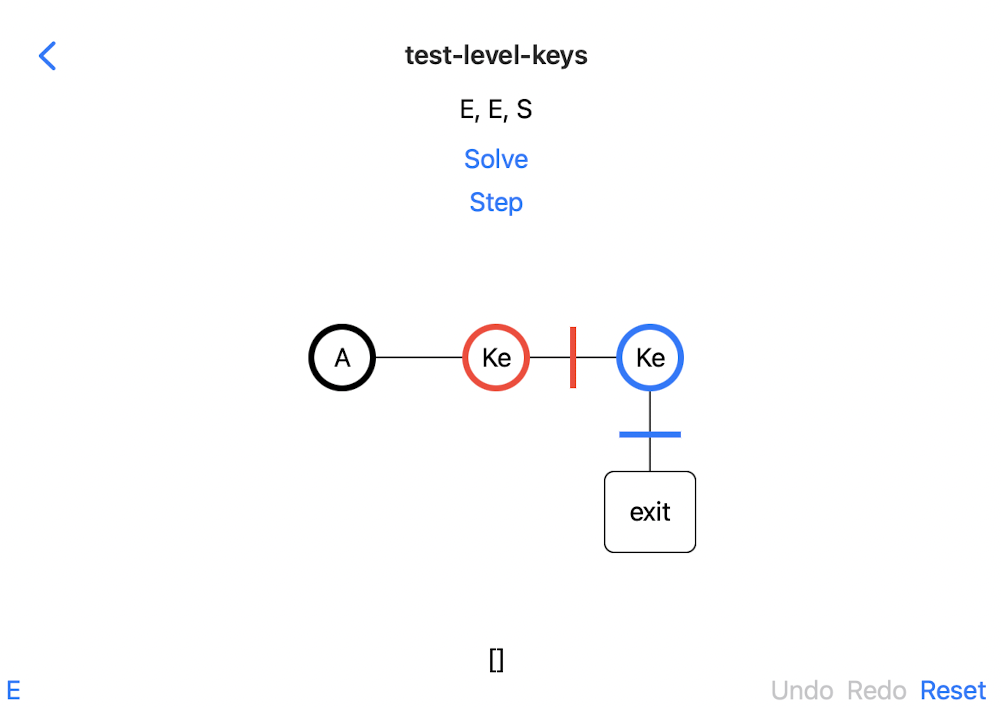 In this screenshot of a simple test level, the “Agent” needs to pick up a red key to open the red door, followed by the blue key to open the blue door. The solver has correctly solved the moves required to solve the level as “east, east, south”.

This project started over the 2021 holiday break. I was playing Hitman Go, and I was stuck on a difficult level. I decided to write a little Python script to solve the level. It only took a few hours to write the script.

That naturally lead to extending the script to solve more levels, then switching to Swift for type safety, then writing a UI to make it easier to debug, and here we are today.

The code can represent any Hitman Go level, and knows the rules for the game. All node types, edge types, enemy types, and items are represented.

In theory the solver should be able to solve any solvable game level. It can solve some levels very quickly, while other levels are effectively unsolvable due to taking too much time or memory. I am using the A-Star algorithm and some simple heuristics.

The current v 0.1.0 solver can quickly solve over half of all Hitman Go levels:

The typical reason that a level can’t be solved in reasonable time is that there is an important item (like a costume) locked behind a door. The level solver doesn’t understand that, so it take a long time exploring dead ends before it tries to open the door.

Benefits and drawbacks of using Swift

I started the project in Python, but switched to Swift because the Python code quickly became difficult to work with.

Swift was a good choice:

However there were some drawbacks to using Swift:

I think that a C++ implementation would probably use less memory and run faster.

If I had time, I would like to improve the solver to try solving more levels. Some sort of “sub goal” strategy seems like it would be useful.