Some time around 1982, I saw an amazing comic on the wall of a Xerox Alto computer room at the MIT AI Lab. Given the subject matter, I assume the comic was originally created at Xerox PARC, possibly as part of the NoteTaker project, but can’t find any trace of it on the web. I have recreated it from memory, below.

The comic is explaining the events that happen when a Dynabook is accidentally dropped off the top of Half Dome in Yosemite National Park. Note that a free-fall calculator claims that it would take over 12 seconds for the Dynabook to hit the Yosemite Valley floor. 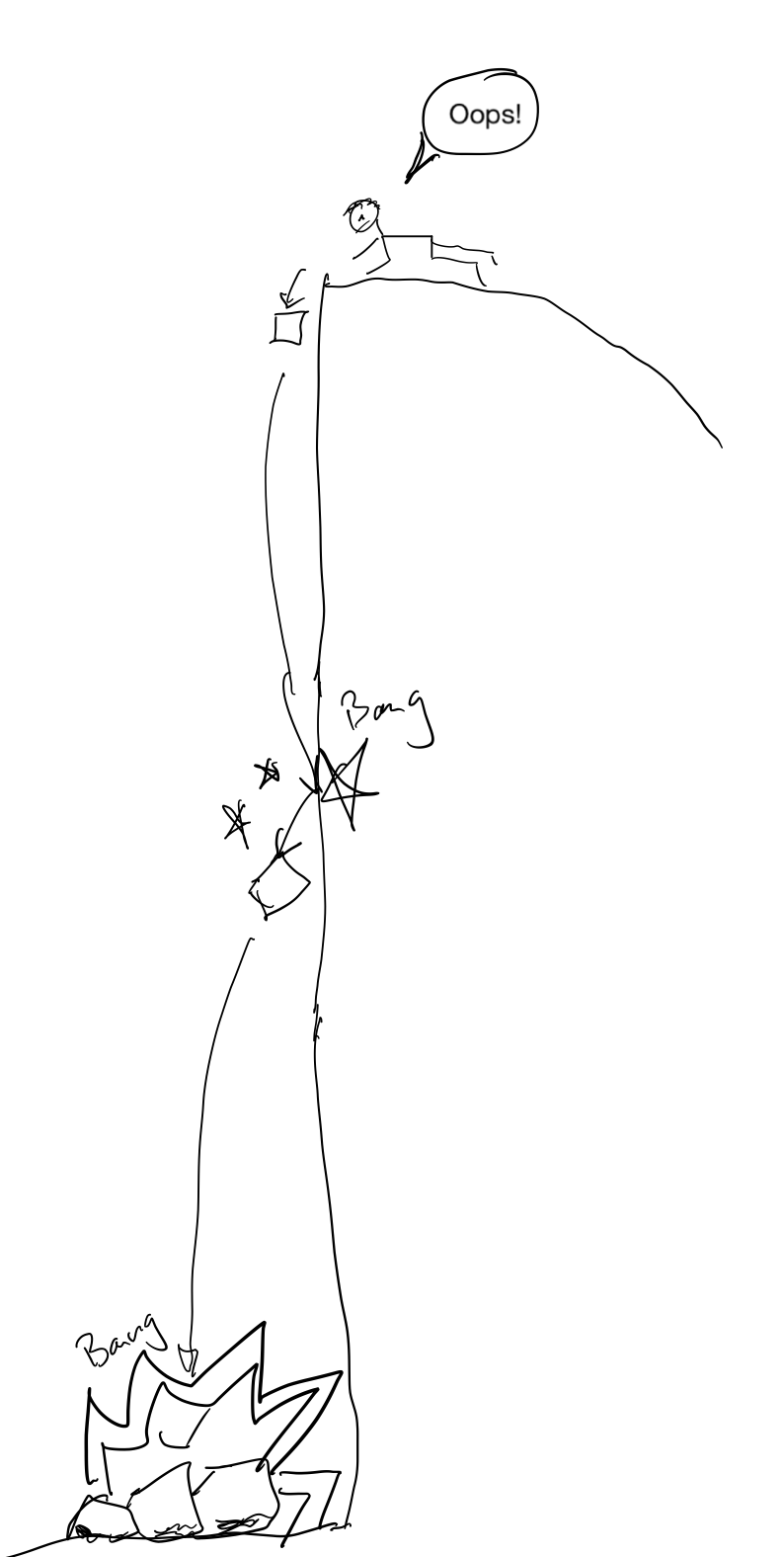 T+00.000 Dynabook accidentally dropped from top of Half Dome.

Dynabook concludes that it is falling.

T+05.000 Dynabook hits a glancing blow to the side of Half Dome, breaking 3 of its 6 CPUs. The Dynabook reconfigures itself to continue working with the 3 remaining CPUs.

T+12.816 Dynabook smashes into the rocks at the bottom of Half Dome.